Ajanta Ellora Caves is one of the UNESCO world heritage site in Maharashta state. There are around 30 rock cut Buddhist cave monuments which have been dated from 2nd century B.C. to 480 C.E. Ajanta and Ellora caves have been recognized as the masterpieces of the Buddhist, Hindu and Jain religion monuments. Former were built in 2 stages 1st starting from the 2nd century B.C. and 2nd stage starting from 400-650 C.E, whereas the Ellora Caves are more spread out and 34 in number and dates to the period between 6th to 11th Century AD. These caves is one of the most attracting tourist centers of Indian mythology in Maharashtra state.

The Ajanta caves constitute of halls of different Buddhist traditions carved in 75 meters wall of rock and caves also have the painting of the past life and rebirth of God Buddha. Cave 1, 2, 16, 17 have largest surviving Indian ancient wall painting as evidenced by historical records of archaeologists. Ajanta Caves are covered by dense forest. In 1819 a British captain John Smith discovered Ajanta caves while he was hunting a tiger.

The 1st group of Ajanta caves was sculptured during the Shatavahana period and some caves has artistic features of Gupta dynasty and were sculpted during 100 B.C. and 100 C.E. Other archaeologists suggest that the cave were built during Maurya kings .

The Ajanta cave art are a window into the culture ,society and religiosity of native population of India between the 2nd century .Different scholars have variously interpreted them from the perspective of gender studies ,history ,sociology and anthropology of south Asia.

Cave 15 and 16 is located near a river and it is designed by elephants and snakes on sides of the wall .This method is observed in many other cave temples of India like Elephanta caves, Badami caves in Karnataka and it is also observed in Aurangabad caves. Most of the caves are carved in 2nd period and majority of them are having big vihara halls and Buddha statue at the centre .Most of the wall or ceil painting is on life circle of Lord Buddha and are in Jataka style.

Most of the art works shown is about life of monks who had left their luxurious life, wealth and fashion for the whole life. Cave 1 has a painting on ceiling of central hall where a foreigner in saint’s dress drinking wine. In cave 17 a painting is been showing many foreigners who have been attending Buddha’s descents as devotees .

June to march for best experience. June to September (monsoon which is
it pleasant to experience, October-November for Ajanta Ellora festival.

Mode of transportation for Ajanta Caves:

It is another UNESCO world heritage site in Ajanta Ellora Caves. Also it is the world largest rock cut caves in the world and has around 100 caves of which 34 caves are opened for public and out of it there are 17 Hindu caves, 12 Buddhist caves and 5 Jain caves .It is located in Maharashtra state ,Aurangabad district.

These caves are monolithic caves .Elllora caves are the major tourist attractions of Marathwada region of Maharashtra .It also features sculptures depicting the gods, goddesses and mythologies found in Vaishnavism ,Shivaism and it also summarize the two great Hindu epics Mahabharat and Ramayan .Ellora caves are also known as “Verul leni” .The Great Kailas at Ellora boasts of being the largest single monolithic excavation in the world.

All this caves are close to each other and most of them are built by Rashtrakuta dynasty and Yadava dynasty most of this caves are made for temples and monasteries. One of cave in Ellora , that is cave-16 has the largest single monolithic rock in world, the Kailasha temple is dedicated to lord Shiva .This caves has a history dating back to 5th and 10th C.E. Some archeologists suggest that Ellora caves were built by Krishna-1 who was the uncle of Dantidurga which was built during kalachuris period. The Moghul Emperor Aurangzeb hired 100 labourers to destroy the caves completely but could not destroy the cave sculptures .Dashavatara cave at Ellora caves depicts the ten avataras of lord Vishnu.

June to March for best experience. June to September (monsoon) which is pleasant to experience, October – November for Ajanta and Ellora festival.

Modes of transportation for Ellora Caves

Ellora caves are opened from 9:00am to 6:00pm and has an entry fee of Rs. 40 per head for Indian citizens and Rs. 600 per head for foreign tourists, Rs.25 for taking a camera pictures and there is no entry fee for children who are below the age of 15 years .It will take around one day to visit Ellora caves completely.

It will take around a day to completely cover Ajanta caves. So it is opened from 9:00am to 9:30pm, it will be closed on Mondays and has entry fee of Rs. 40 per head for Indian citizens and Rs. 600 per head for foreign tourist and Rs.25 to carry a camera and there is no entry fee for the children who are below 15years. 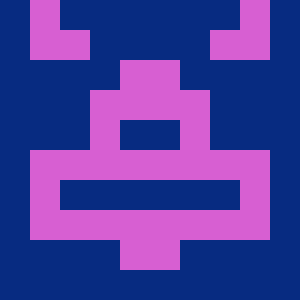